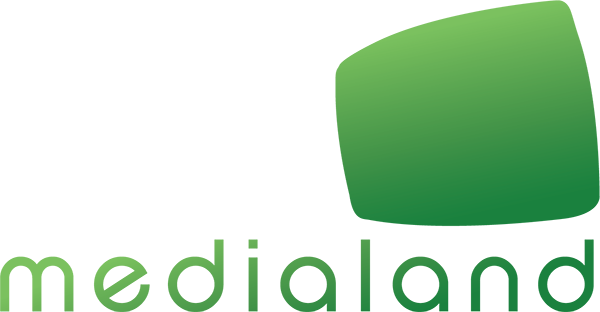 Menu
* Attention: Medialand does not analyze or sell projects that were not created and developed by our creative team.

(2018)
FICTION – TELEMOVIE
HD
Rights for all the world

Synopsis: Series with 5 different Telemovies about the “B world” content: Vampires, ET, Zombies, Car with life and a Cursed Doll.

Synopsis: Cleopatra leaves her home for another day of work. In fact, a long night of hard work throughout the darkest and saddest places of the city. After suffering several embarrassing situations, she ends up going to visit his mother in an asylum, where the arrival of an old doll will change her life forever. Cleo doesn’t know, but the old doll is cursed and that will result in the release of her darkest and most obscure secrets.

B Movie – “Between dead and alive”

Synopsis: A group of serial killers confined in a mental asylum prepares for the Halloween party, at the same time as a new inmate (Heloisa) arrives irritating the most terrible serial killer, Claudia, who is in love with his cellmate, Lucas. The fate ends up linking Lucas and Heloisa and the two end up having a quick romance, that will leave Claudia upset. Claudia doesnʼt give up and convinces the Japanese ʼʼmacumbeiraʼʼ of the place (Tomoto) to take action, to invoke the demons, and end Heloisaʼs life. When everything seemed to have worked out just as Claudia wanted to, it all ends up being a huge mistake and the zombies appear from the tombs searching for blood, flesh and party.

B Movie – “Freaks from the Space”

Synopsis: Dr Pinofox, a wizard wolf, is determined: he’ll take revenge on King Wolf, King of the great intergalactic kingdoms, the one who once was his friend, but proved a betrayer to marry the terrible Queen Genevieve. Dr Pinofox causes to the daughter’s King of the Great Intergalactic Realms, Princess Persia, to fall asleep forever, ending the Wolf dynasty. Queen Genevieve is able to reverse the tragic end, using the magic of Felix Wizard, when she turns 25, the princess will be awake with a kiss from the prince of the Galaxies, uniting the greatest realms of the Universe. On the day that Prince Edward should arrive to kiss the princess, Dr Pinofox reappears and kidnaps the savior of the great kingdoms. The twenty-five years of Princess Persia arrived, and with them a surprise.

B Movie – “The Murderous Van”

Synopsis: Laurinho swears he’s a happy man, at least when he’s inside his van, or selling ʻʻmeat and cheese pieʼʼ as he likes to say. Married to ex-prostitute Cleusa, he tries not to take seriously the absurdities he hears every day from his wife and her friend, Shirley, who practically lives with the couple. Often mugged by Douglas, Laurinho doesn’t suspect that the gangster is Shirley’s nephew. But … Everything can change when Laurinho wins 350 million reais in a lottery – alone. Cleusa and Shirley decide that they’ll live in Rio de Janeiro with the money, but they don’t want Laurinho together – neither together or alive. The two just don’t imagine that the Japanese ʻʻmacumbeiraʼʼ, Tomoto, already gave magic power to the spirit of Laurinho to incorporate in the Van and take revenge of his tormentors.

Filme B – “The Brazilian Vampire”

Synopsis: Count Ysefer is a vampire with more than a thousand years old, abandoned in Romania by the witch Misti, his greatest love. In addition to living in the shadow of Dracula’s fame, Ysefer was just bought at an auction by some ʼʼInternetʼʼ. Not only bought, humiliated, but also sent to a strange world called Brazil, more precisely at Av. Paulista, in São Paulo. After the night arrives, Count Ysefer leaves his coffin and discovers that Misti – ʻʻA Witch is Misti ʼʼ – is around, living with somemone called Augusta. The vampire won’t settle down until he meets his beloved hated witch, even if he needs to join the strangest human beings of the night of São Paulo.